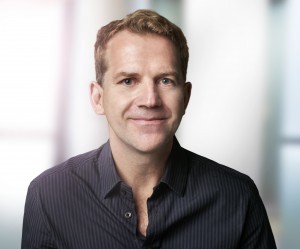 Here is our second interview with interesting people within the MathJax community. This time we had the pleasure to talk to Deniz Demirsoy from letsfeedback.

You launched letsfeedback recently. Can you tell us a little bit about letsfeedback and how you came up with the idea?

Back in August 2012, I had a conversation with a professor of physics. He mentioned that he gets way too little if any feedback from students during the lectures. It was not because they don‘t have questions or are afraid to ask; it was because of the peer pressure. He told me that his students think they‘ll embarrass themselves in front of their peers by revealing lack of competence, asking “stupid“ questions, or unduly impeding the lecture.

Then I started to build a solution to cope with this situation. Besides providing anonymous teacher-student-interaction, I wanted to provide a tool particularly for STEM teachers who mainly use formulas while teaching.

letsfeedback enters a marketplace with quite a few options already from LMS, Q&A and classroom interaction apps. What is different about letsfeedback?

Indeed, when looking at the competitive landscape I found some solutions. Some of them were hardware based and were using proprietary clickers. I thought, why buy clickers and distribute them to students if they already come to classes with their smartphones, tablets, and notebooks? There were also software-based systems, some of them built by universities themselves. But many of them had a complex user interface and none of them were really ready to use in STEM classes.

We built a product which has a very intuitive user interface and requires no training. It’s web-based and works with any device. We used the MathJax libraries, which gives us the ability to use LaTeX when editing questions. We launched the German and English versions simultaneously and adding any other language support is a matter of a few days.

letsfeedback is available for free. A premium account is only needed if the audience size exceeds 100 people or the speaker wants to use letsfeedback for many classes simultaneously.

Can you tell us a little bit about your background and the history of the project?

I studied Industrial Engineering at the University of Karlsruhe, Germany. The majority of my classes were about computer science and applied mathematics and I also got familiar with LaTeX. Later, I worked many years within the Education Solutions Department of Microsoft. Then I started an online consultancy for companies providing products and services for schools and higher education. After a while I founded a new startup and started to spend my time entirely on letsfeedback.

About 12 months ago we launched an early prototype. The answering options were restricted to A/B/C/D and yes/no. We included a student backchannel, where it was possible to ask the teacher questions anonymously and “like” other students’ questions. We then showed the product to many teachers and asked them for feedback and suggestions. I’d say that about two-thirds of the current version was designed based on teacher input.

The academic community can be challenging when it comes to features and requirements. What has your experience been like?

During my time with Microsoft, I worked with many different customer groups. Yes, the academic community is challenging when it comes to requirements. But I met extraordinarily helpful teachers who gave me really valuable feedback to improve letsfeedback and test it in its early development stages.

Providing math and science support can be tricky, especially on older mobile devices. How did you tackle the problem?

When building Web apps you always have to make a compromise on which browser versions and mobile devices you’re supporting. Since MathJax renders in most popular browsers, even those which don’t support webfonts, it gives us a lot of flexibility.

You are located in southern Germany. Can you tell us a little bit about the situation of German startups in educational areas?

There are some challenges for German education startups. Germany’s education institutions are dominated by public schools and universities. There’s a lot of regulation and laws often limit the ability to introduce new technologies into teaching. Many institutions don’t allow applications which have Facebook or Google integrations, and the data has to be kept within the borders of the European Union.

The percentage of startups focusing on education is certainly lower than in the US. But there are some really interesting companies. One interesting fact about Germany is that it has always been an export country. So the majority of startups have global markets in mind when they create new products.

How have the responses to letsfeedback been so far? Any surprises between speaker and audience response?

We got an overall positive response. Teachers are telling us that even with a large number of listeners they can achieve a high degree of interactivity. Students were much more engaged in lectures and liked using letsfeedback. Teachers of the Liverpool Hope University observed a substantial increase in the number of questions posted that were pertinent and of an academic nature. letsfeedback also allowed them to monitor progress within lectures.

How are speakers and audience able to re-use the content they produce at letsfeedback and beyond?

Speakers can create clones of their letsfeedback classes and reuse or adapt the questions for new lectures. They also get a PDF report of a class and can decide to share parts of the content with their students. For the next product iteration we’re looking into more student-specific features

How do you meet the challenge of user privacy in an audience response system?

Teachers communicate class codes to their students, with which they can access and answer the questions. We don’t store any student names or email addresses in our system.

What are your near and long term plans for the future of letsfeedback?

The upcoming product iteration will be going live in November. We will introduce a new question type with numerical-only answers. Teachers will also be able to mark correct answers. We will launch a Spanish version within the next few months.

In the long term, we want make letsfeedback available in more languages. We will introduce more sharing options for classes, and questions and answers to colleagues and students. Also, we’re investigating native apps for mobile devices.

Thank you for the interview! We look forward to seeing how letsfeedback keeps pushing the envelope for STEM education apps.